Some 66 per cent of plastic bottles collected along coasts were labelled in simplified Chinese characters, according to survey by local environmental group The Green Earth and other NGOs

Green groups in Hong Kong and Taiwan have called on mainland China and drinks makers to do more to reduce plastic waste after a survey found two-thirds of bottles collected during beach clean-ups most probably came from across the border.

Some 66 per cent of plastic bottles collected along the coasts of Hong Kong and Taiwan were labelled in simplified Chinese characters, according to a preliminary survey by local environmental group The Green Earth in collaboration with eight NGOs in Hong Kong and three in Taiwan.

The group led a “brand research” campaign on PET plastic drink containers collected during clean-ups. In 16 coastal clean-ups in Hong Kong and Taiwan, 5,200 bottles were collected in total. According to The Green Earth, more than 4,400 bottles had recognisable brands. Of those, about 66 per cent of the brands were in simplified Chinese, and 28 per cent in traditional Chinese. 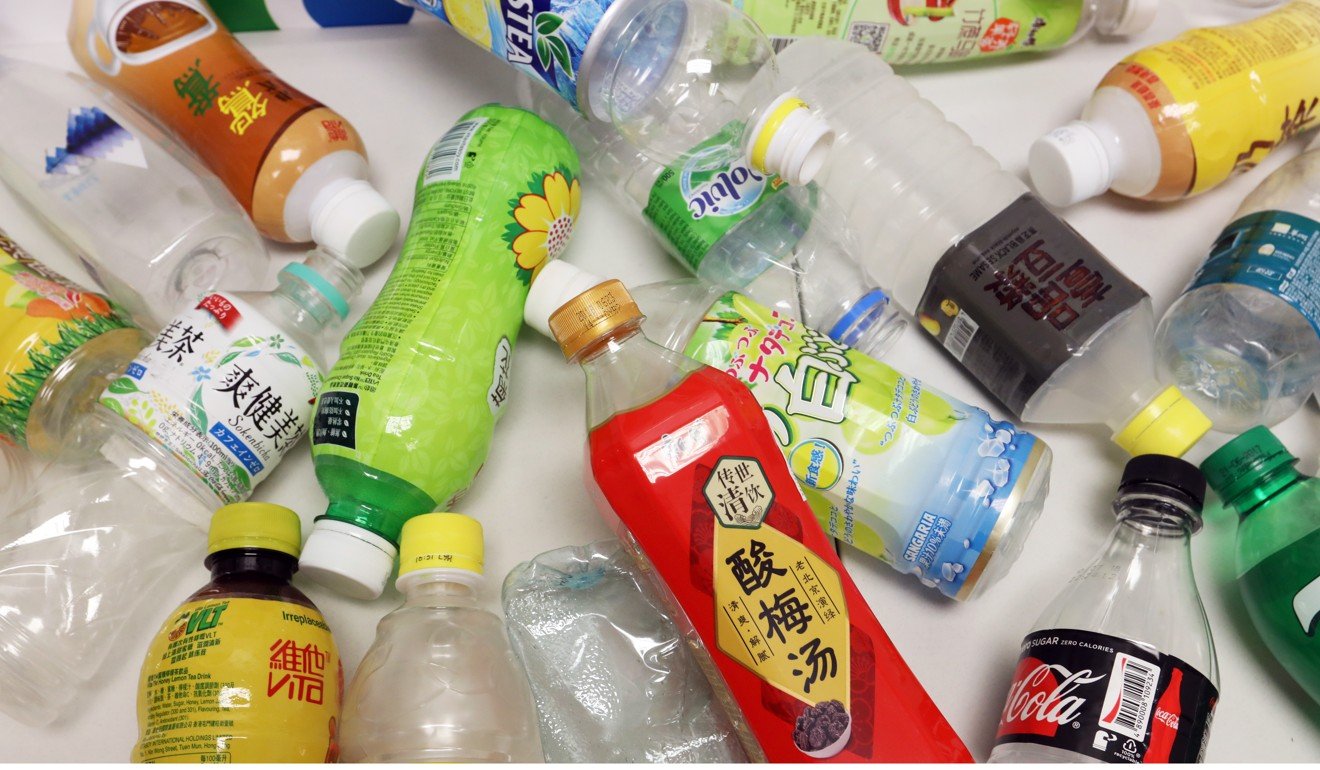 Hahn Chu Hon-keung, director of environmental advocacy at The Green Earth, said he believed the vast majority of the simplified Chinese bottles were from the mainland.

“The bottles labelled in simplified Chinese may be available in a few stores in Hong Kong or brought by tourists from China, but the number is quite small,” Chu said on Sunday.

The figures showed it was not just mainland manufacturers behind the waste, and local firms should also take responsibility, Chu said. In Taiwan, the monitoring sites were mostly in Penghu, an archipelago in the Taiwan Strait, where 86 per cent of bottles were in simplified Chinese.

Chu said the mainland, which made most of the plastic packaging and plastic waste that ended up in the ocean, needed to take aggressive action to reduce waste such as setting up producer responsibility schemes for product containers.

The group also called on the Hong Kong-Guangdong Marine Environmental Management Special Panel, set up by the authorities in October 2016, to strengthen collaboration to stop plastic waste from polluting the ocean.

The group also questioned the results of a 2015 report by the Environmental Protection Department entitled Investigation on the Sources and Fates of Marine Refuse in Hong Kong which found only 5 per cent of marine refuse was from the mainland. The group said the department needed to review the methodology.

“From what we found out this time, the figures tell another story,” Chu said.

More than 30 brands with simplified Chinese characters were found with Taiwan’s Master Kong accounting for 33 per cent of the plastic bottles. The others in the top five were Chinese brands

Wahaha and Nongfu Spring, China Resources’ C’estbon, and Coca-Cola. The groups urged drinks manufacturers to take action to cut waste including reducing the production of plastic containers, using the same material for bottles for efficient recycling.

The group said it will initiate another brand investigation on international coastal clean-ups on September 15.

In response to the survey, a spokeswoman for Coca-Cola China said the company understood there was a packaging issue and it, like all firms, had a responsibility to help solve it.

“In Hong Kong, we are committed to expanding more sustainable packaging options including returnable glass bottles, aluminium cans, fountains, etc,” the spokeswoman said, citing a pilot programme at King’s Park Sports Ground where consumers could buy Bonaqua Mineralized Water with their own containers.

Tingyi (Cayman Islands) Holding Corporation, which owns the Master Kong brand, said it attached great importance to the survey results. It said the company had been actively discussing with the China Beverage Industry Association how to better recycle bottles hoping to form a positive business mechanism with more companies and the public involved.